The “One Young World” youth summit boasts the second-highest number of participant countries of any organization in the world. Evertron’s technologies have been highly praised by the organization’s headquarters, which chose our company to act as Japan’s sole national youth organizing partner. 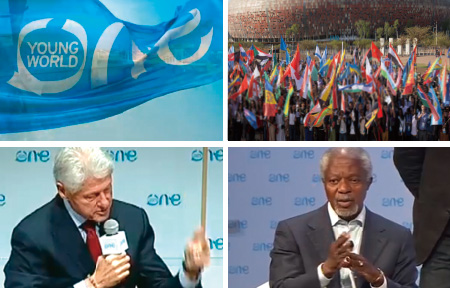 One Young World National Youth Organizing Partner
The One Young World youth summit organization trails only the Olympics in terms of the number of member countries. Though not yet widely known in Japan, the organization is growing rapidly around the world, thanks to strong international media coverage and the participation of over 500 multinational firms, various governments, the British royal family, NGOs, and other international institutions.

Leaders from around the world gather annually and take on counselling roles. (Previous summits have included former U.N. Secretary General Kofi Annan, former U.S. President Bill Clinton, the president of Barclays Bank, and the heads of such firms as L’Oréal, Virgin Group, KPMG and Unilever.) Through its participation in the One Young World initiative, the evertron Group is helping support young people as they step out into the international community. 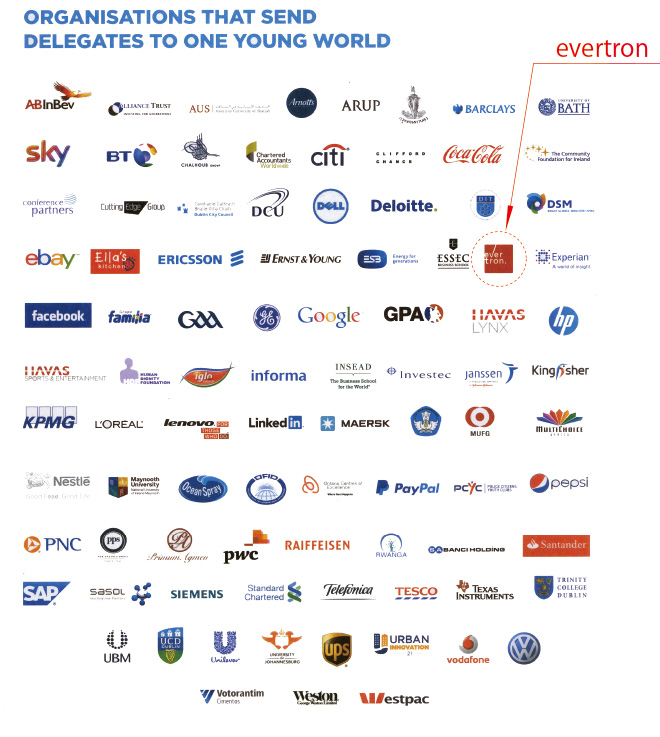